Devices that utilize GPS (your smartphone, for example) calculate your location by communicating with at least four satellites. Each of these bears atomic clocks that provide a timestamp, thereby calculating where you are, give or take a few meters, based on the relative differences between those times.

Now, researchers have sent an optical clock into space, demonstrating that it can withstand microgravity and bringing us one step closer towards utilizing the technology in satellites.

This means GPS-based devices would be able to calculate our location within centimeters. 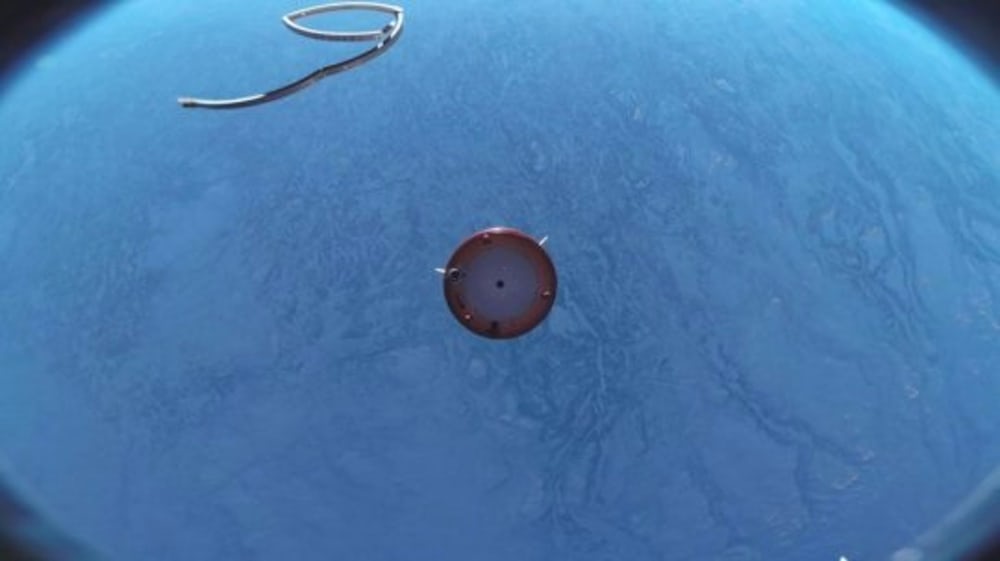 Atomic clocks are based on the oscillation of the cesium atom, which occurs at a frequency in the microwave region of the electromagnetic spectrum. Optical clocks, on the other hand, use atoms that oscillate 100,000 times higher than microwave frequencies in the optical (or visible light) portion of the spectrum. In other words, optical clocks “tick” faster than atomic clocks, generating timestamps that are 100 to 1,000 times more accurate.

Measuring optical oscillations requires the use of frequency combs, which divide the faster oscillations of optical clocks into lower frequencies in order to be counted. Traditionally, these combs have been large, complex, and found only in white-walled laboratories—until now.

Matthias Lezius and his team of researchers at Menlo Systems have developed a frequency comb, measuring only 22 by 4.2 centimeters and weighing 22 kilograms, that is based on tough optical fibers. This allows the comb to withstand the harsh conditions of space and consume less than 70 W of power—a requirement for operation on satellites. (Their findings were recently published in The Optical Society’s journal for high impact research, Optica.)

In April 2015, the team launched the frequency comb, a rubidium optical clock, and an atomic cesium clock (for reference) into space. Once the system achieved microgravity, it automatically began taking measurements.

“Our device represents a cornerstone in the development of future space-based precision clocks and metrology,” said Matthias Lezius. “The optical clock performed the same in space as it had on the ground, showing that our system engineering worked very well.”

Next up, the researchers plan to launch an improved version of the optical clock into space at the end of next year in order to test how well the system would work in vacuum conditions, as well as its resistance to cosmic radiation.