Taking an image of the International Space Station as it passes in front of the Sun, Moon or planets is a popular pastime for astrophotographers. It requires planning, patience and a measure of luck. The camera must be set up at the right time in the right place to capture the Space Station as it flies past at 28 800 km/h. At such speeds the photographer has only seconds to capture the transit and if any clouds block the view it has to wait for another opportunity weeks later.

This photograph was taken by the astronomy club at ESA’s European Space Astronomy Centre near Madrid in 2013. Although there were clear skies, a bird flew overhead in the 1.2 seconds it took the Station to pass in front of the Sun.

The Station flies around Earth at around 400 km, allowing the astronomy club to calculate that the bird was flying 86 m from the camera lens. The difference in size and distance makes both the bird and the Space Station appear the same size. 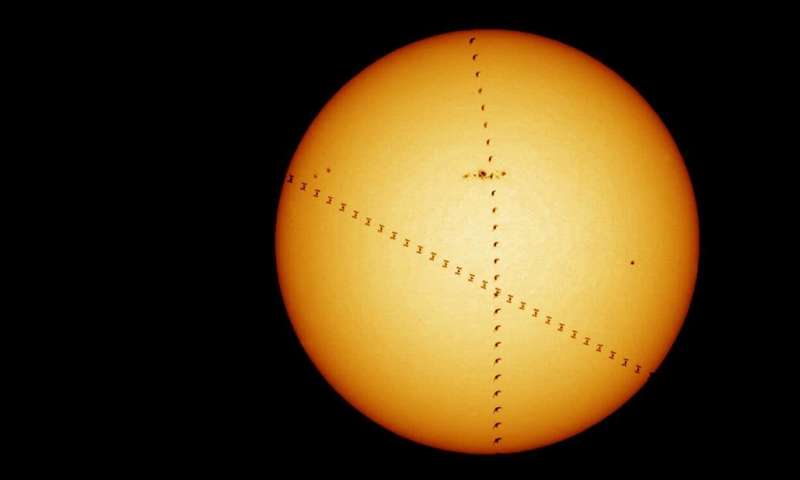