This image, taken by the JunoCam imager on NASA’s Juno spacecraft, highlights the seventh of eight features forming a ‘string of pearls’ on Jupiter — massive counterclockwise rotating storms that appear as white ovals in the gas giant’s southern hemisphere. Since 1986, these white ovals have varied in number from six to nine. There are currently eight white ovals visible.

JunoCam is a color, visible-light camera designed to capture remarkable pictures of Jupiter’s poles and cloud tops. As Juno’s eyes, it will provide a wide view, helping to provide context for the spacecraft’s other instruments. JunoCam was included on the spacecraft specifically for purposes of public engagement; although its images will be helpful to the science team, it is not considered one of the mission’s science instruments. 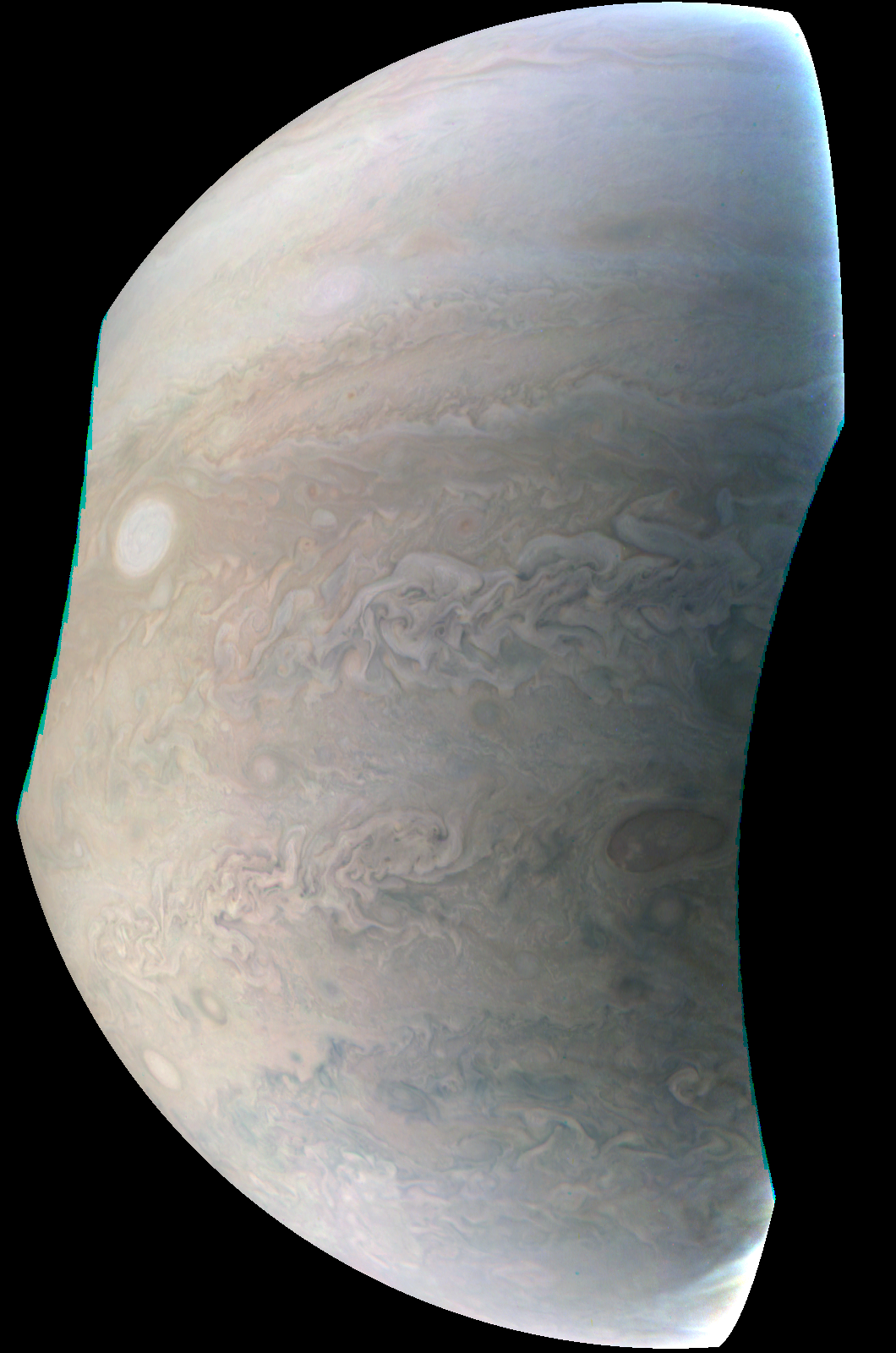