Former NASA astronaut Scott Kelly speaks about his historic mission aboard the International Space Station during an event at the United States Capitol Visitor Center, Wednesday, May 25, 2016, in Washington.

Kelly and his Russian counterpart Mikhail Kornienko returned to Earth on March 2, 2016, after 340 days on the orbiting laboratory. During the record-setting One-Year mission, the station crew conducted almost 400 investigations to advance NASA’s mission and benefit all of humanity. Kelly and Kornienko participated in a number of studies to inform NASA’s Journey to Mars, including research into how the human body adjusts to weightlessness, isolation, radiation and the stress of long-duration spaceflight. They orbited Earth 5,440 times, traveling 143,846,525 statute miles. Kelly ventured outside the confines of the space station for three spacewalks and captured hundreds of images of our planet from his unique vantage point in orbit. 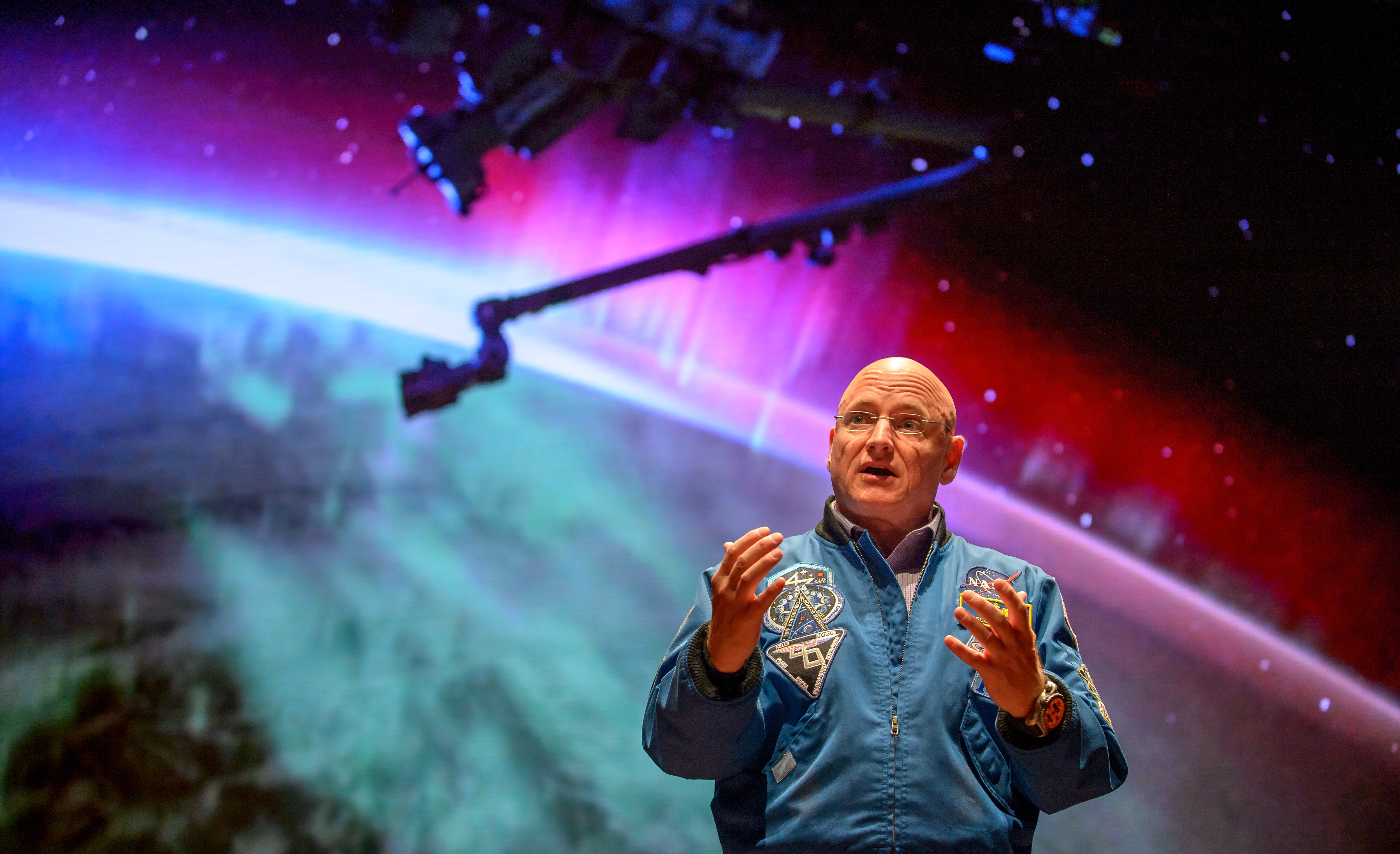