Investigators spent several months reconstructing the airplane from flight MH17 at the Dutch air base of Gilze-Rijen.

According to the Dutch Safety Board, the reconstruction “clearly shows the effects of the impact and subsequent blast, and has been important for verification and additional substantiation of the investigation’s results.” 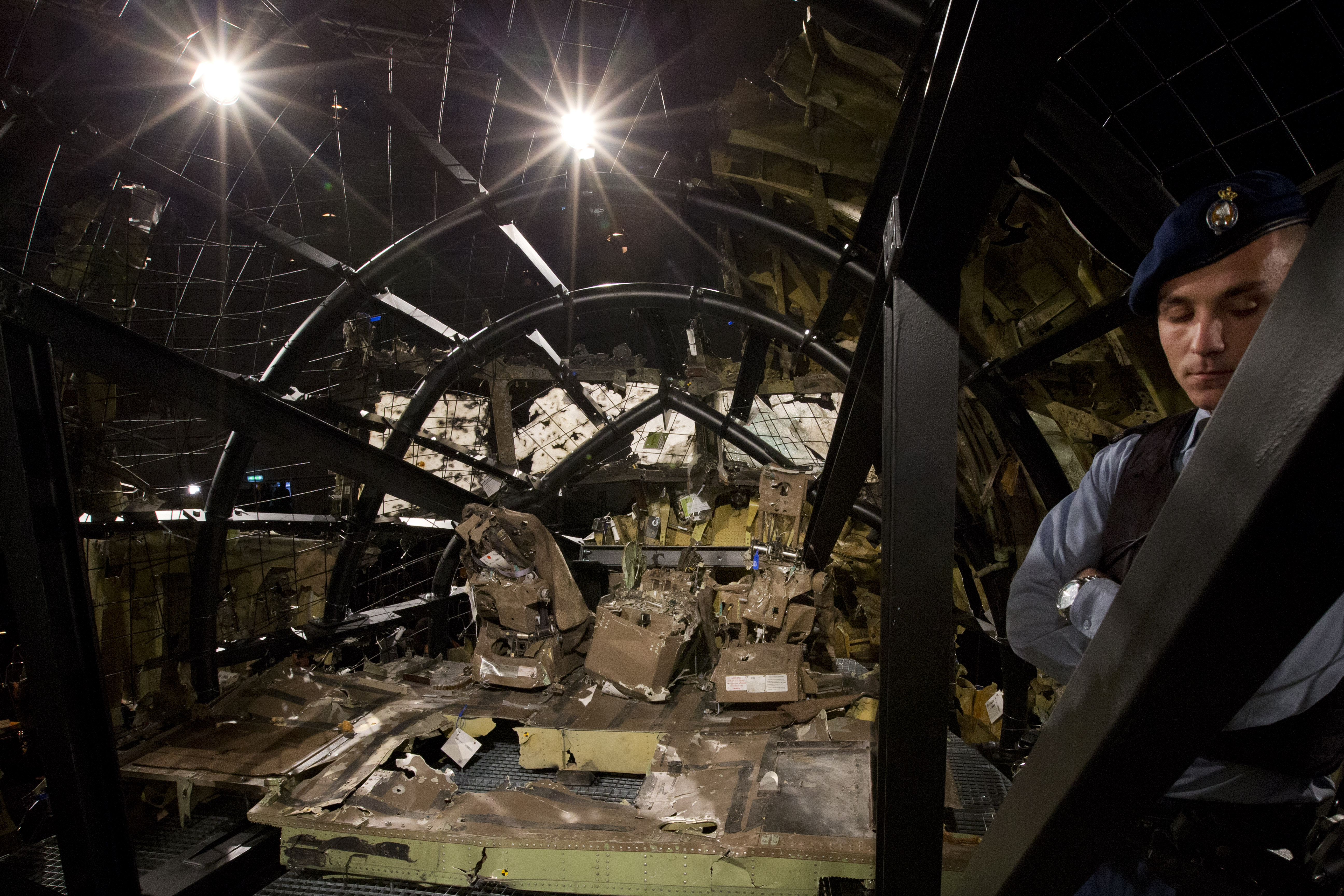 A Dutch Military Policeman guards part of the reconstructed cockpit, rear, and forward section of the fuselage after the Dutch Safety Board presented it’s final report into what caused Malaysia Airlines Flight 17 to break up high over Eastern Ukraine last year, killing all 298 people on board, during a press conference in Gilze-Rijen, central Netherlands, Tuesday, Oct. 13, 2015. (AP Photo/Peter Dejong)

Projectiles with thecharacteristic “double tee” formation of components of the warhead of a Buk missile 9?38?1, are displayed during a news conference in Moscow, Russia, Tuesday, Oct. 13, 2015. (AP Photo/Pavel Golovkin) 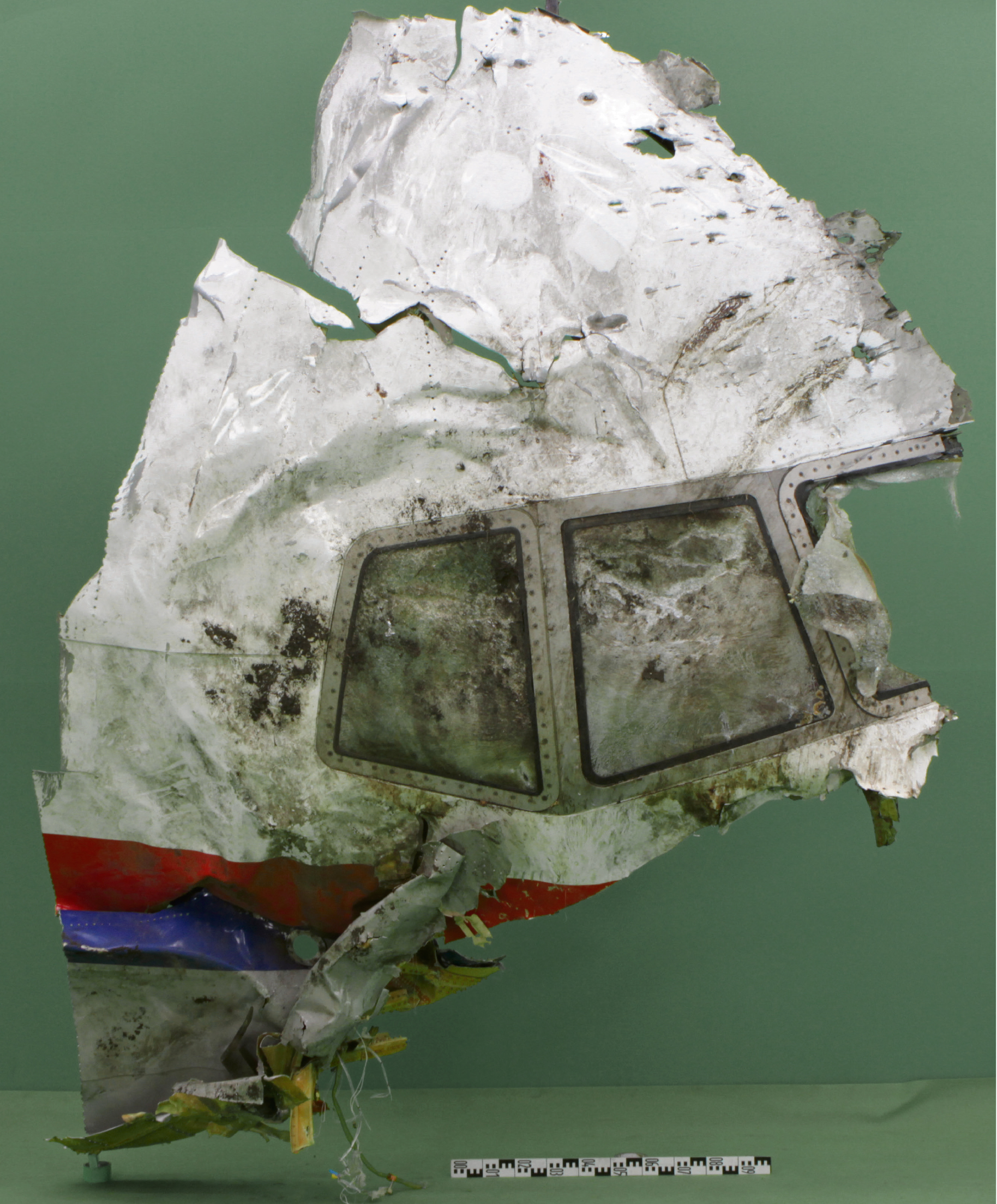 Part of the right hand side of the cockpit. (Source: Dutch Safety Board) 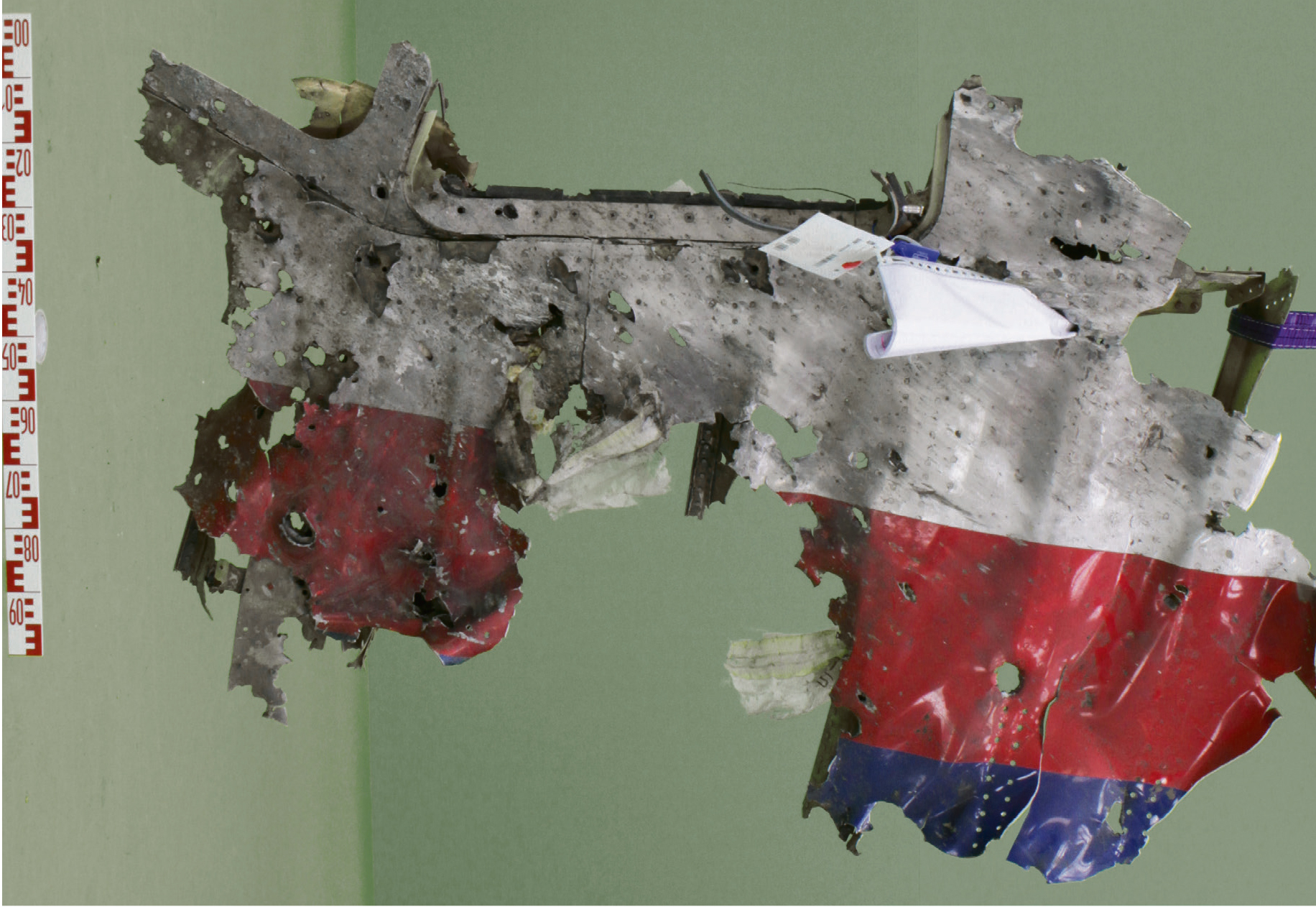 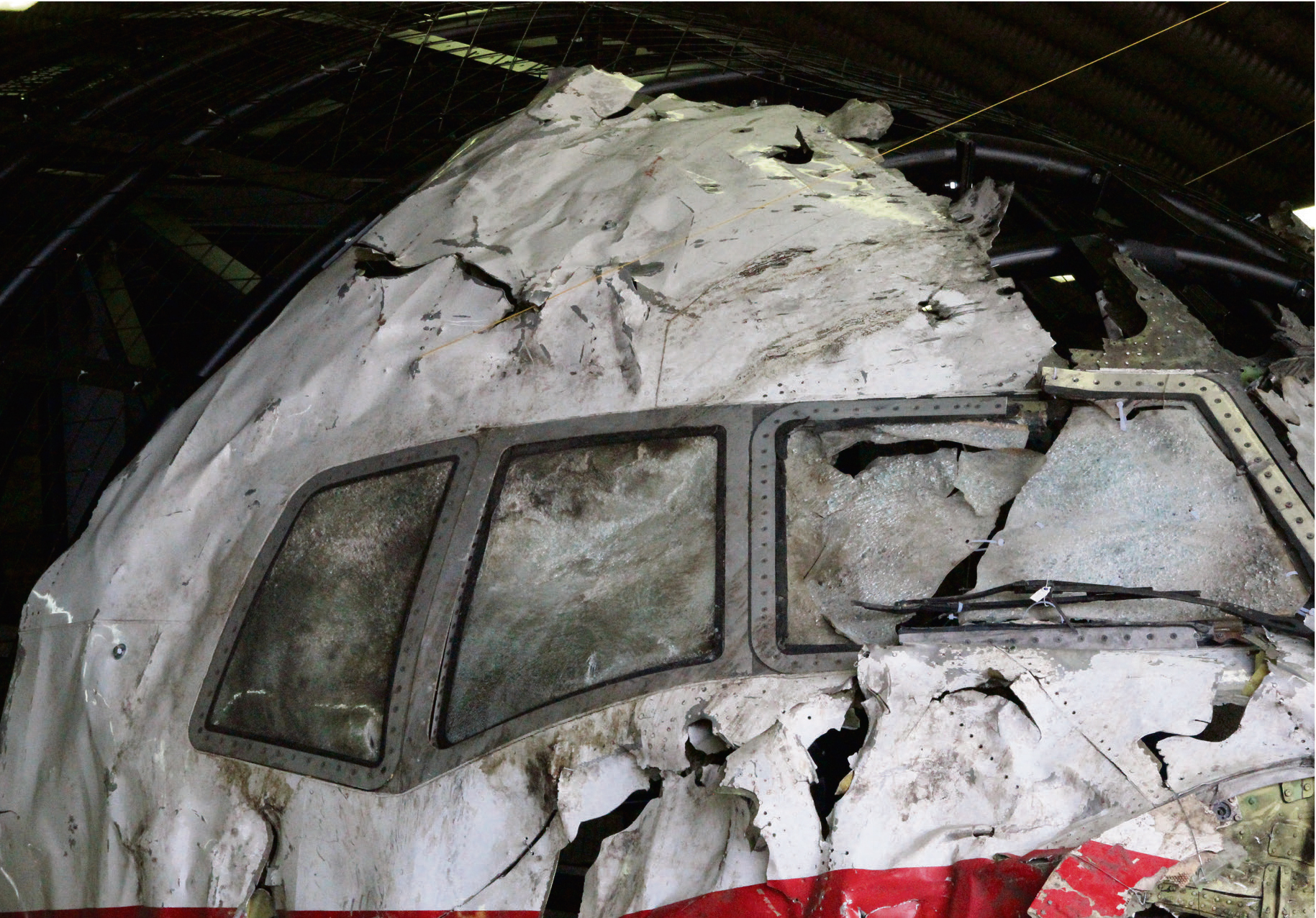 Right hand side of cockpit. (Source: Dutch Safety Board) 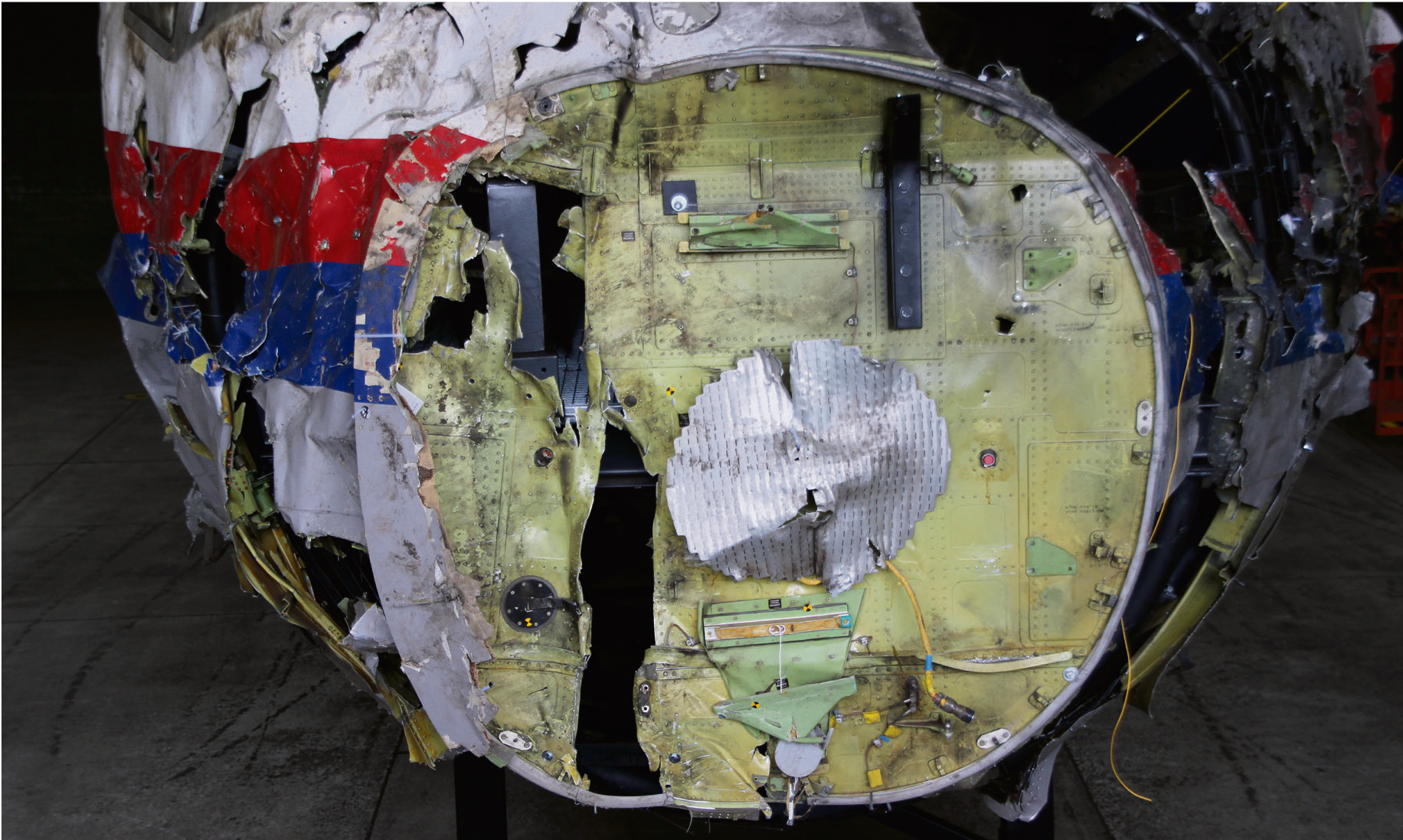 Cockpit bulkhead at junction with radome. (Source: Dutch Safety Board) 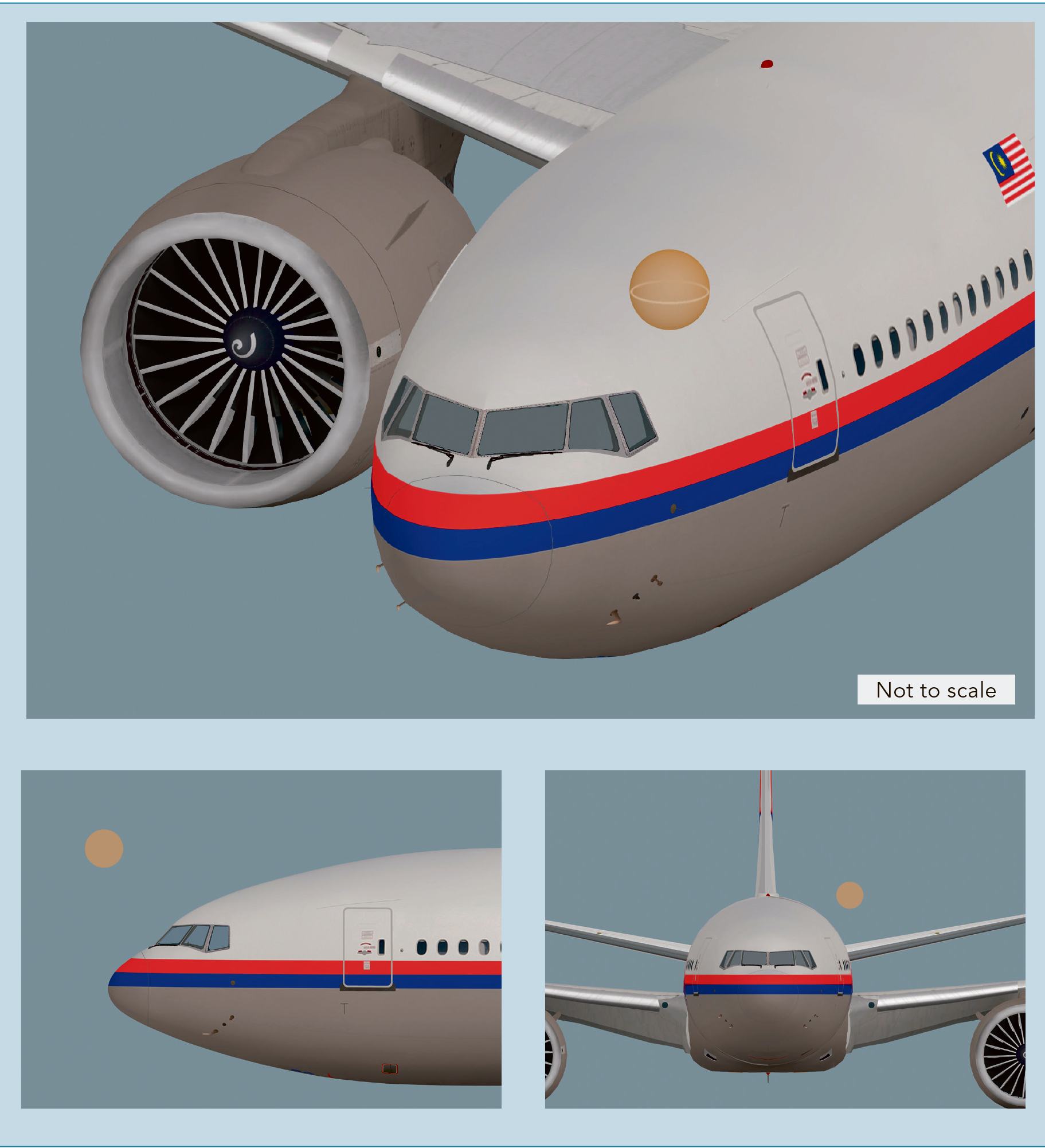 Simplified representation of the volume of space of the warhead detonation location according to three independant simulations. (Source: Dutch Safety Board) 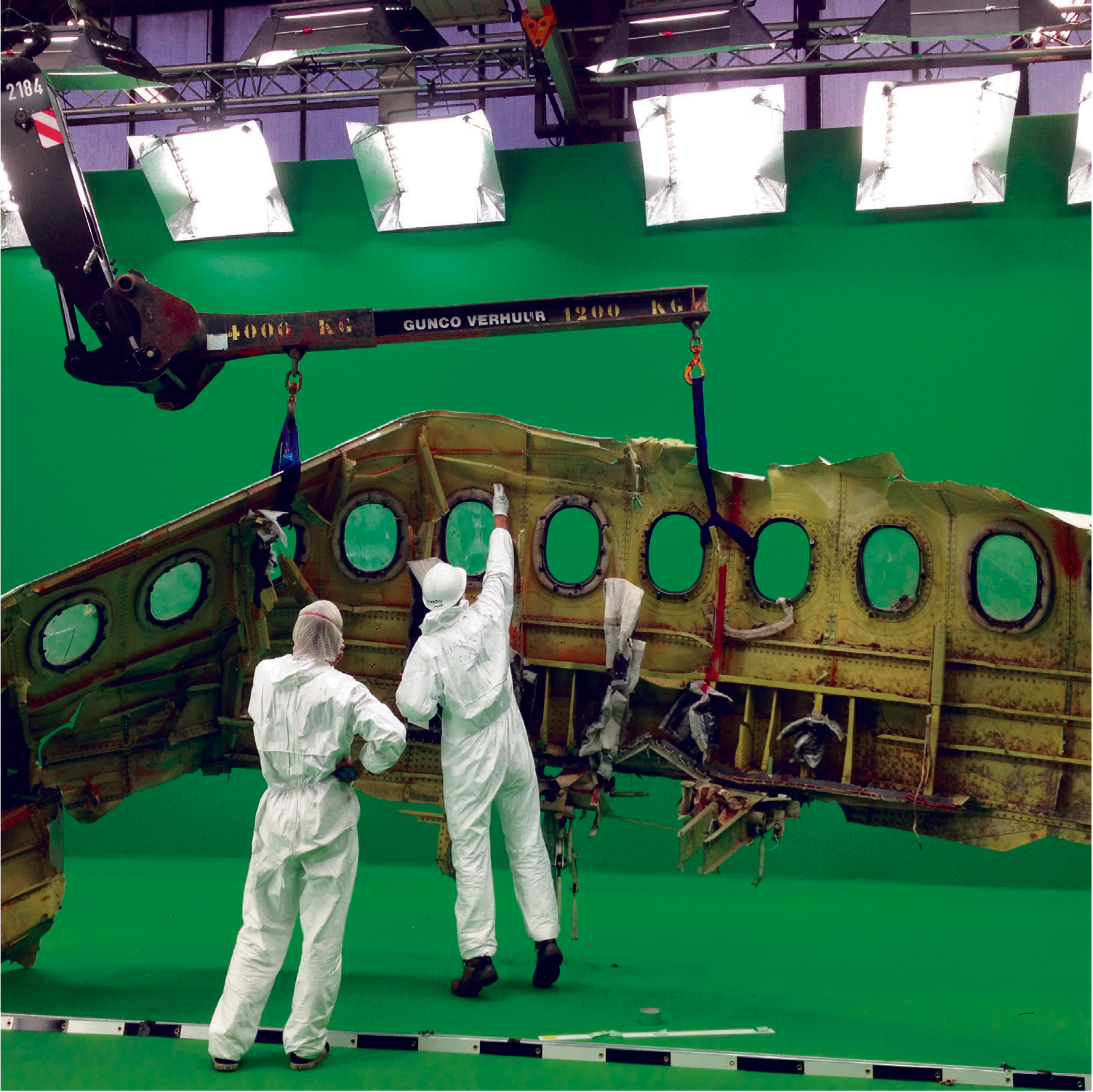 Investigators at work in front of a green screen (Source: Dutch Safety Board)