Customers today want smaller quantities, just-in-time delivery, and the ability to make changes as needed. None of these changes cater to power press’ strengths, which only really come into play on production runs of about a million or more at high tonnage. Nordon turned to Fourslide Spring and Stamping, Inc., a Bristol, Connecticut-based parts supplier specializing in the integrated stamping and forming parts operation called Fourslide for help.

Until recently, most of Fourslide’s work has been on parts less than 2 in. wide and less than 0.075 in. thick. It is also known for its complex work with involved forming, multiple bends, or elements beyond 90°.  However, the Fourslide part-making process is now used for straight stamping jobs under one million parts and 25 tons.

The Fourslide process can produce up to 15,000 pieces per hour, depending on part size and complexity. Nordon chose the process because it costs much less than the high tooling costs of power press, and it generates less scrap than power machinery. The overmolded components in Nordon’s application equaled approximately 60% of the piece part price.

Though the Fourslide process is increasingly used for straight stamping, it can be used on a variety of parts from precision metal stampings, flat springs, and wire forms to complex forms. When this occurs, the strip of material passing through Fourslide’s light progressive die is then fed into the forming section of the machine, where four tool carrying slides approach the part from the north, south, east, and west, forming the material around a center tool or mandrel. The set-up of the machine cams determines the sequence of tool strikes. 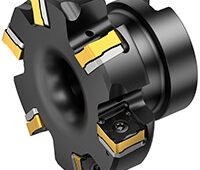 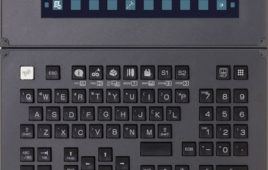 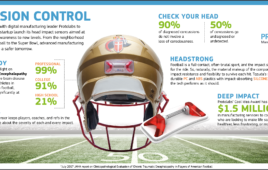 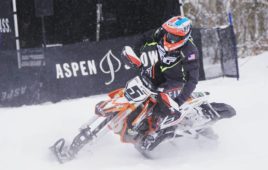