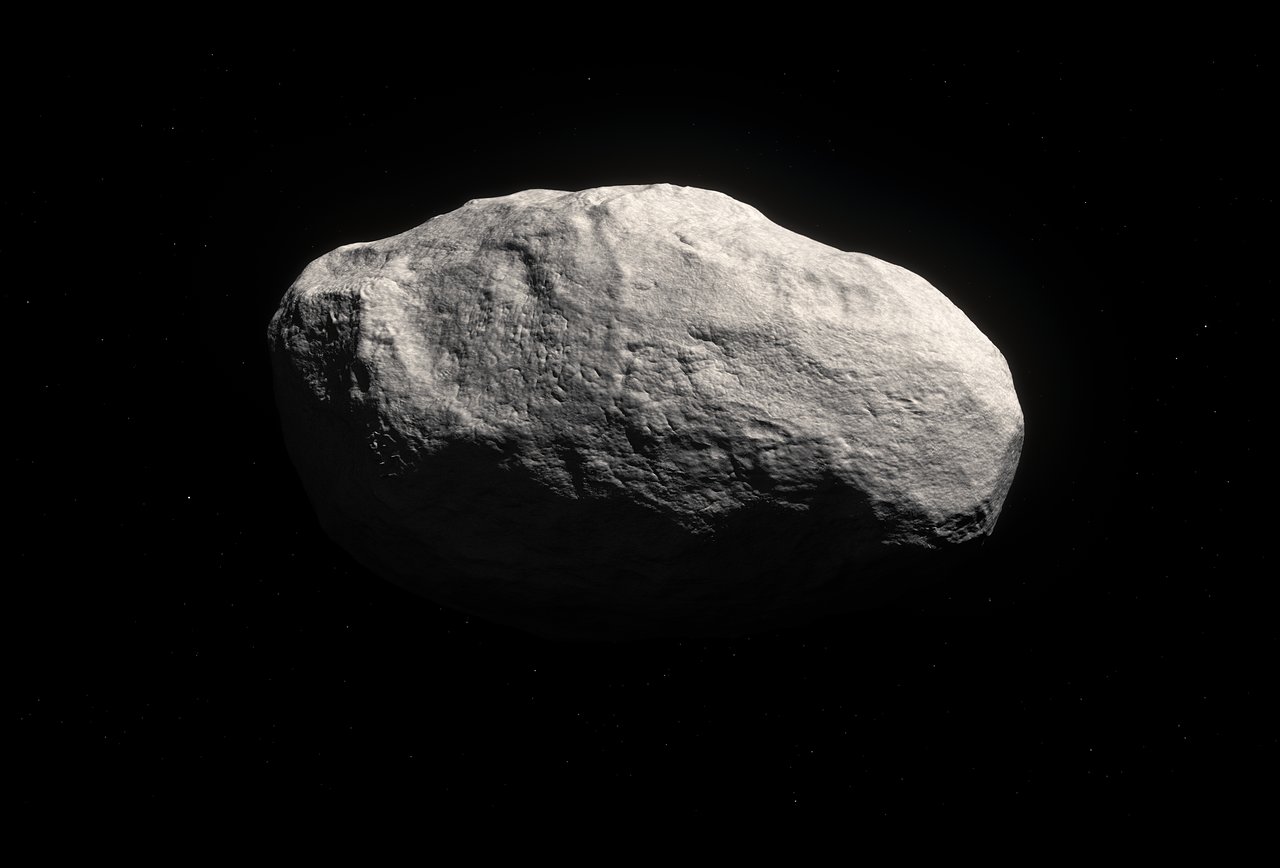 Artist’s impression of the unique object C/2014 S3 (PANSTARRS). Observations with ESO’s Very Large Telescope, and the Canada France Hawai`i Telescope, show that this is the first object to be discovered that is on a long-period cometary orbit, but that has the characteristics of a pristine inner Solar System asteroid. It may provide important clues about how the Solar System formed. Because the object has spent most of its life away from the inner Solar System it suffered very few collisions, and its surface displays few or no craters. As it formed in the same region as the Earth did, it is mostly rocky, and therefore has only very limited cometary activity. Credit: ESO/M. Kornmesser

In a paper to be published today in the journal Science Advances, lead author Karen Meech of the University of Hawai`i’s Institute for Astronomy and her colleagues conclude that C/2014 S3 (PANSTARRS) formed in the inner Solar System at the same time as the Earth itself, but was ejected at a very early stage.

Their observations indicate that it is an ancient rocky body, rather than a contemporary asteroid that strayed out. As such, it is one of the potential building blocks of the rocky planets, such as the Earth, that was expelled from the inner Solar System and preserved in the deep freeze of the Oort Cloud for billions of years [1].

Karen Meech explains the unexpected observation: “We already knew of many asteroids, but they have all been baked by billions of years near the Sun. This one is the first uncooked asteroid we could observe: it has been preserved in the best freezer there is.”

C/2014 S3 (PANSTARRS) was originally identified by the Pan-STARRS1 telescope as a weakly active comet a little over twice as far from the Sun as the Earth. Its current long orbital period (around 860 years) suggests that its source is in the Oort Cloud, and it was nudged comparatively recently into an orbit that brings it closer to the Sun.

The team immediately noticed that C/2014 S3 (PANSTARRS) was unusual, as it does not have the characteristic tail that most long-period comets have when they approach so close to the Sun. As a result, it has been dubbed a Manx comet, after the tailless cat. Within weeks of its discovery, the team obtained spectra of the very faint object with ESO’s Very Large Telescope in Chile.

Careful study of the light reflected by C/2014 S3 (PANSTARRS) indicates that it is typical of asteroids known as S-type, which are usually found in the inner asteroid main belt. It does not look like a typical comet, which are believed to form in the outer Solar System and are icy, rather than rocky. It appears that the material has undergone very little processing, indicating that it has been deep frozen for a very long time. The very weak comet-like activity associated with C/2014 S3 (PANSTARRS), which is consistent with the sublimation of water ice, is about a million times lower than active long-period comets at a similar distance from the Sun.

A number of theoretical models are able to reproduce much of the structure we see in the Solar System. An important difference between these models is what they predict about the objects that make up the Oort Cloud. Different models predict significantly different ratios of icy to rocky objects. This first discovery of a rocky object from the Oort Cloud is therefore an important test of the different predictions of the models. The authors estimate that observations of 50–100 of these Manx comets are needed to distinguish between the current models, opening up another rich vein in the study of the origins of the Solar System.

Co-author Olivier Hainaut (ESO, Garching, Germany), concludes: “We’ve found the first rocky comet, and we are looking for others. Depending how many we find, we will know whether the giant planets danced across the Solar System when they were young, or if they grew up quietly without moving much.”