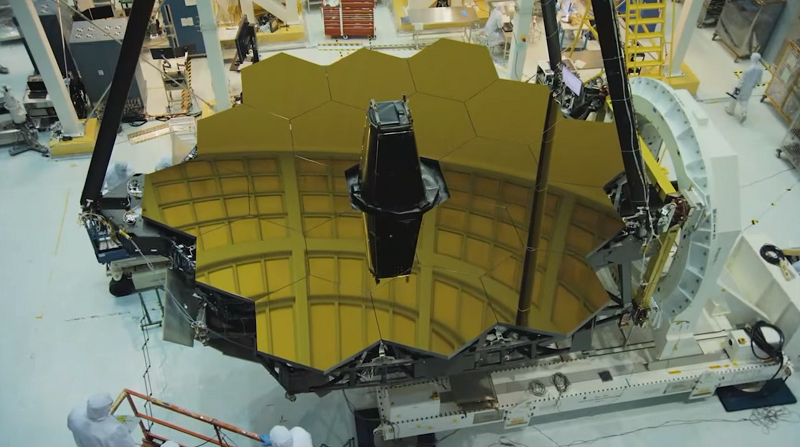 Members of the media were invited to NASA’s Johnson Space Center in Houston on Jan. 10, to hear about the results of recent cryogenic vacuum tests on the James Webb Space Telescope, and the next steps on the observatory’s path to space.

Webb was tested as a complete optical system in Chamber A at Johnson, which mimics the space environment the telescope will experience during its mission. Built in 1965 to conduct thermal-vacuum testing on the Apollo command and service modules, Chamber A is the largest structure of its kind in the world and is a listed National Historic Landmark.