Samantha O’Flaherty, Test Engineer for Jacobs Technology Inc., finalizes the set-up of the Quiet Supersonic Technology (QueSST) Preliminary Design Model inside the 14- by- 22 Foot Subsonic Tunnel at NASA Langley Research Center. Over the next several weeks, engineers will conduct aerodynamic tests on the 15% scale model and the data collected from the wind tunnel test will be used to predict how the vehicle will perform and fly in low-speed flight.

The QueSST Preliminary Design is the initial design stage of NASA’s planned Low-Boom Flight Demonstration experimental airplane, otherwise known as an X-plane.  This future X-plane is one of a series of X-planes envisioned in NASA’s New Aviation Horizons initiative, which aims to reduce fuel use, emissions and noise through innovations in aircraft design that depart from the conventional tube-and-wing aircraft shape. 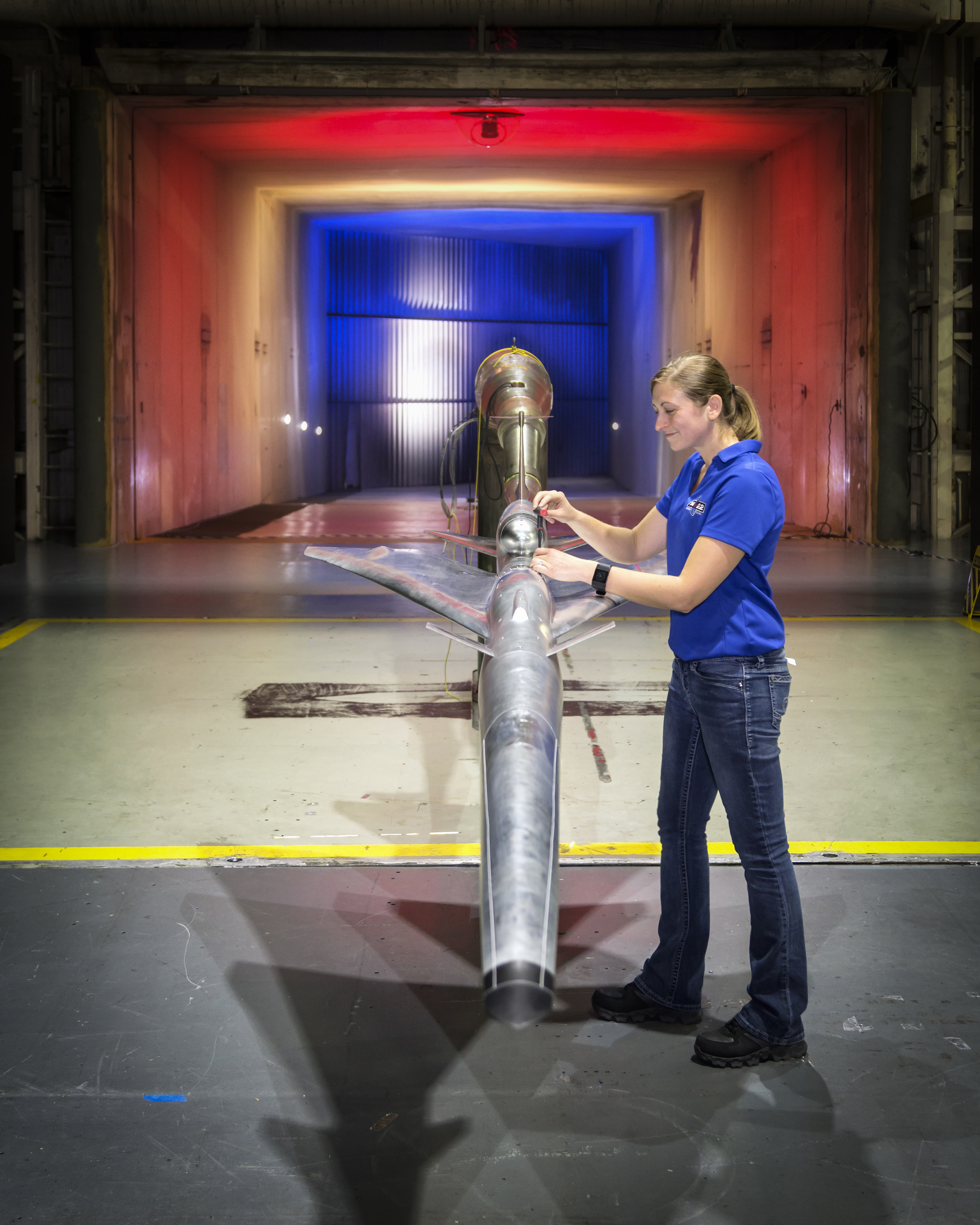