Among the many problems that come with humans living in space, once you get past the breathing, gravity, food, exercise and establishing a circadian rhythm in constant darkness comes the issue of supplies.

Aboard the International Space Station, the astronauts (and cosmonauts and other -nauts) are treated to a regular schedule of deli varies. It’s not immediate and sometimes the shipments don’t make it all the way there, but there is always another shipment not too far behind containing a replacement wrench or extra piece of equipment. But what about longer trips into space? Trips where weight is limited, preventing multiple redundancies for certain non-essentials, and there is no supply shipment coming. Given that NASA and other space agencies lost two supply ships to the ISS this year, it’s also a concern for the current occupants of the station.

With that in mind, NASA has made 3D printing in space one of experiments for the current Expedition, officially titled “3D Printing In Zero-G Technology Demonstration.”

Basically, they’re looking to find out how being in space will affect a 3D printer. They’re testing low-temperature plastic feedstock on the ISS with the long-term goal of creating an ondemand machine shop for deep-space missions and general in-space manufacturing. It’s an ongoing experiment running from September 2014 to March 2016, which puts it over Expeditions 41/42, 43/44, and 45/46.  The researchers on the ISS are using acrylonitrile butadiene styrene thermoplastic resin on a printer made by Made In Space, Inc. The objects being printed will also generate data on the, ” tensile, flexure, compressional, and torque strength of the printed materials and objects.” They also include some student experiments, which allow students to have their designs printed by onboard astronauts. 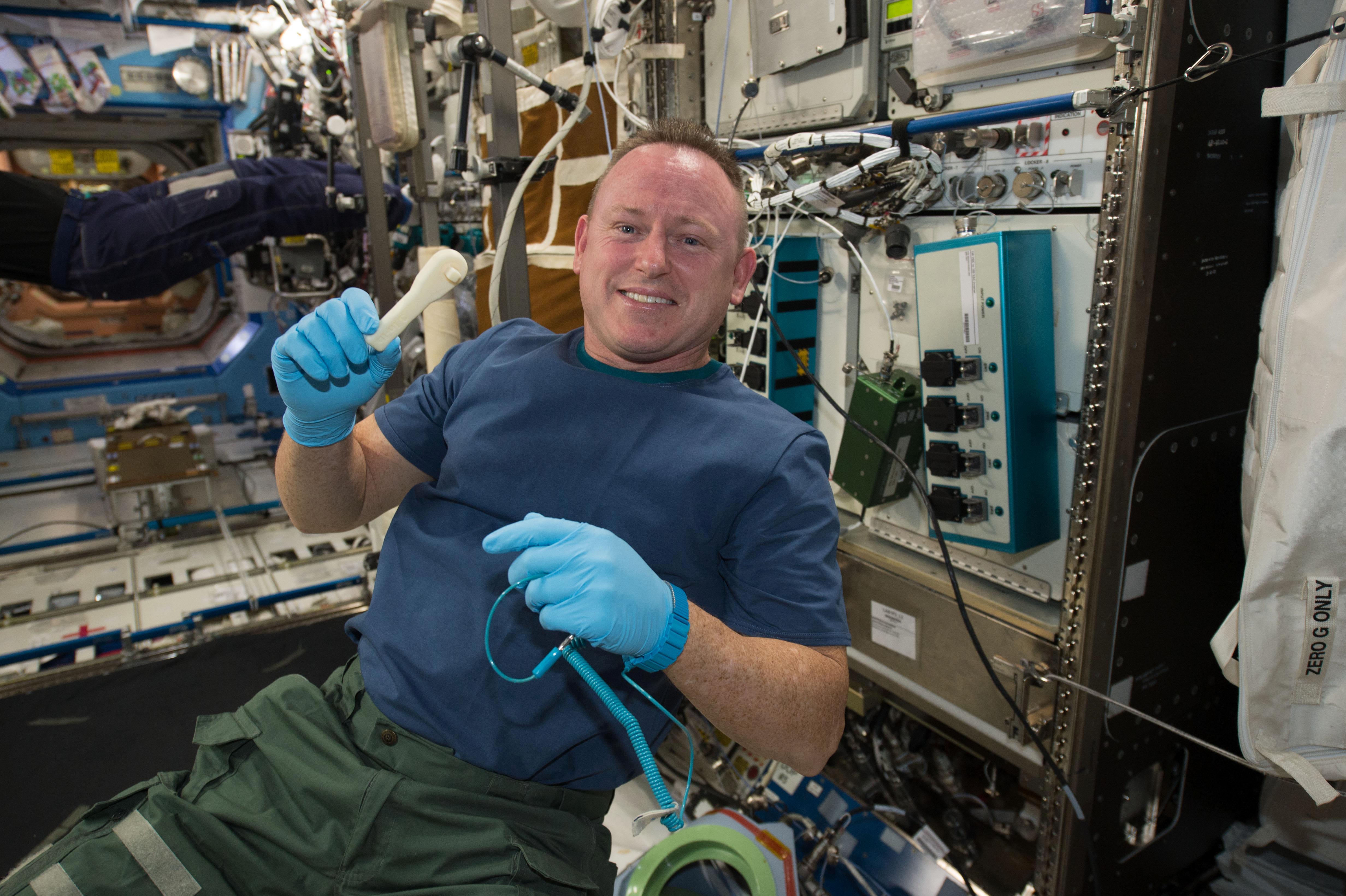 NASA Astronaut Barry (Butch) Wilmore holds a 3-D printed ratchet wrench from the new 3-D printer aboard the International Space Station. The printer completed the first phase of a NASA technology demonstration by printing a tool with a design file that was transmitted from the ground to the printer.

Micro gravity environments present some interesting challenges for most technology, even if it functions well on Earth. This is step one in the process, and it will be important information to have if NASA wants to pursue 3D printing with different materials like metals or electronics since this experiment is looking at the properties of melt deposition. It’s also a big step into Deep Space missions, since the shuttles won’t have to bear the extra weight of multiple tools. If they need a tool, it can be printed on demand. Since experiments during parabolic flights were able to produce 3D prints similar to those on Earth, the researchers are eager to see what happens with long term exposure to micro gravity, which is difficult to reproduce on test flights.

Since the experiment is still in progress, NASA hasn’t released any results, yet. Stay tuned to see what happens.